Globally, markets are factoring in the prospect of a cycle downswing, a trade war and possibly even a new cold war. This means active fund managers who can filter out stock market noise and focus on the careful selection of quality assets are in a strong position to secure solid returns in global markets, particularly, it seems, when it comes to emerging markets.

Share valuations in emerging markets are offering good value currently relative to other markets and we remain cautiously optimistic about the potential for an emerging market upswing. It’s not yet clear if emerging markets have reached the bottom of their cycle, but some indicators, according to the NS Partners “Checklist for emerging market outperformance” (pictured below) are starting to show this and more factors are likely to turn positive as the cycle bottoms.

The structural case for emerging markets
Emerging markets are, by their very nature, favourably positioned for future growth. Although not all emerging markets are equal, as a group they are the fastest-growing part of the world. Emerging markets provide access to secular investment themes and, because they are in many ways dissimilar, are a good source of investment diversification. Structurally they have a higher and more sustainable growth rate, especially relative to Europe, the UK and Japan.

Developed markets have less consumers going forward, which will be a problem for consumption-led economic growth. On the other hand, emerging markets have younger consumers with increasing purchasing power and higher demand for goods. In its 2018 World Economic Outlook, the International Monetary Fund forecasts growth in emerging markets to be at least two percentage points faster than in the developed world.

China and India leading the charge
China and India look set to be the drivers of this growth. While China's growth is slowing – predicted to fall to 6.2% in 2019 from 6.5% in 2018 – the economy is still a global juggernaut and India looks set to remain a star performer as increasing income per capita continues to drive structural change.

Furthermore, emerging market economies, particularly China, continue to focus on rapid growth in technology and research and development which will hasten their economic development and result in some leapfrogging their developed markets counterparts just as many have done so before. 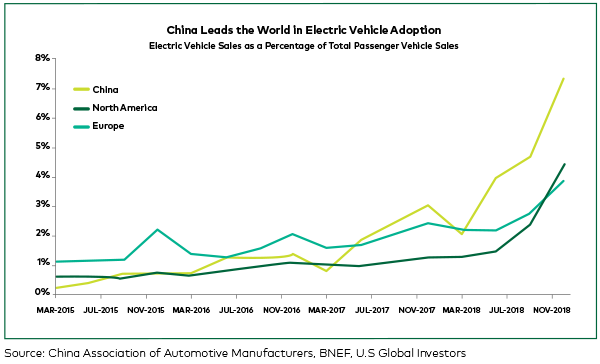 China is also set to become a world leader in AI and tech. In July 2017, China’s government published an ambitious policy paper, outlining how the country would become the world leader in AI by the year 2030. Although, by some accounts they may have already achieved this goal. According to the Financial Times, in 2016 China published more academic papers on artificial intelligence (AI) than all the countries in the European Union (EU), and it overtook the US in terms of the number of AI papers in the top 5% of ‘most cited research’. 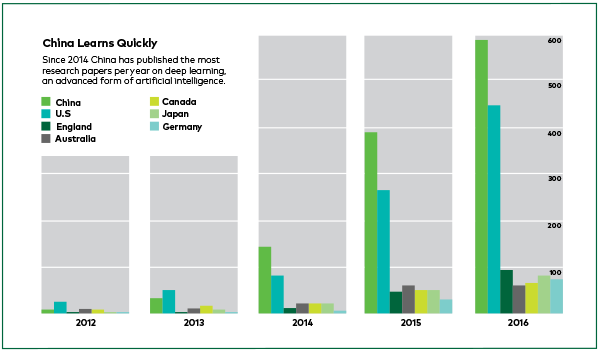 Of course, the longer-term effects of the US - China trade war remain to be seen. In the meantime, we will continue to monitor the emerging market landscape and use our expertise and unique investment approach to evaluate opportunities to maximize exposure to the best market opportunities while protecting our investors from unnecessary risk.  The difference this time is the sheer size of the emerging markets moving up the development ladder. When small countries make this migration from poor to emerging market to wealthy it’s an opportunity. When countries the size of China and India do so, they change the investment landscape.